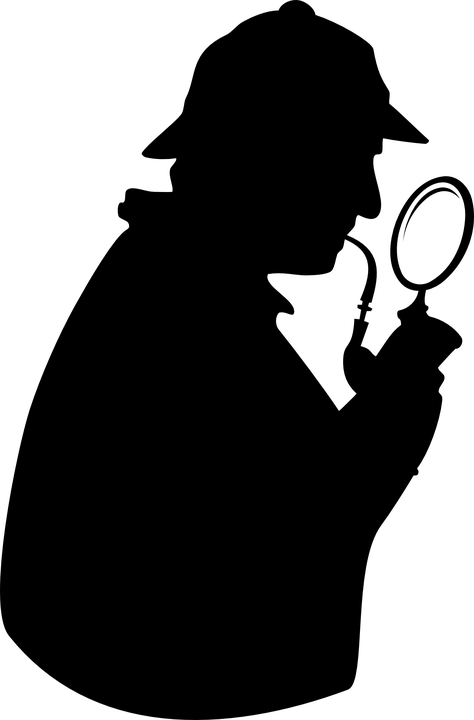 We all know that detective stories are all the same, right? Wrong. At least I don’t think so. I have already heard something like: “I do not read these type of books, because they are alike.” Maybe, but a good writer will surprise you. Some people might say that there is a formula to do all types of things, for example: how to do a successful single or how to write a famous novel, and even how to write a detective story.

In this essay I am going to talk about the less likely suspect in detective stories, analyzing two different novels: The first is “The Cuckoo’s calling” written by J.K. Rowling under the pseudonym Robert Galbraith. In this book the author tells the story of Cormoran Strike, a decadent detective that is also an ex-military that had his leg amputated during service. We also get to know his new secretary, Robin Ellacott, which was sent to temporarily work with him. This novel’s crime is a suicide of a famous model, 3 months after her death, her brother looks for an explanation because he does not believe that she killed herself, so Strike with the help of Robin starts to investigate the crime and find out that it was not a suicide, it was a murder.

The second novel is “The body in the library” by Agatha Christie. In the beginning of this novel a couple wakes up with a maid telling them that there is a body of a young lady in their library. Nobody knows her. Then detectives of two cities starts to investigate, but Miss Marple lives in the village that the body was found, she is the famous old lady that discovers murderers as a hobby.

These two stories, written by two british women have somethings in common, but the fact that I am going to investigate is the less likely suspect, that is the person that is laid aside by the detective or the person that is investigating the crime. In some cases this person is not even considered as suspect, then turns out he or she was the killer, the guilty one. Most of the times it is the first suspect that appears in the story, or is one of the firsts.

In the case of the Cuckoo’s calling, the murderer is the half brother of the victim, the one that looks for the detective claiming that he does not believe in her suicide. In case you are wondering, why a killer would do that? He had many reasons, first he did not believed that the detective was good enough to solve his “perfect” crime. Second, that act, would made him the less likely suspect of course, he argued that he loved her and just wanted a closure, and last but not least he wanted to blame another person for the murder. Also over the book we discover with the detective that he was always jealous of her and he wanted her money.

Otherwise on the other book there are two murderers and two victims, the first murderer that show up is the cousin of the first victim that appears. Josie, the cousin, goes to identify the body of the girl that was found in the library and this part is very important because she recognizes “the wrong body”, the body in the library is not her cousin’s, yet she says that it is. Josie is the fourth person that appears, the two primary “suspects” are the owners of the house, the Bantrys, but they are out of suspicion because nobody had proof that they met the girl, and Mrs. Bantry is the one that calls Miss Marple to investigate the crime. The third person is Basil Blake that did not kill her but had his portion of fault, because the real murders tried to fframe him up by letting the body in his house, but he saw and transferred the body to the library. The fourth suspect is one of the real murders, Josie.

Van Dine says in his article “Twenty rules for writing detective stories” that:

“The culprit must turn out to be a person who has played a more or less prominent part in the story — that is, a person with whom the reader is familiar and in whom he takes an interest.”

In this rule of number 10, the author says that the culprit, must be an important person in the story, someone that is taken in consideration by the reader and the detective.

In this excerpt of the book “Theory and Practice of Classic Detective Fiction” the authors wrote:

“Christie is fond of implicating the most likely suspect, in fact, as she acknowledges in her autobiography. She takes great delight in seeming to exonerate the ‘obvious’ candidate by means of an apparently unshakable alibi, then revealing this person to be the guilty party after all.”

The authors are talking about the way that Agatha Christie likes to reveal the killers in her books, another thing that she does is to have two killers, a couple with a woman and a men. She likes to play with the readers, letting the most likely suspect turn out to be a less likely suspect and then revealing that was actually the guilty one.

My point here is that this is a common characteristic of these books, it is not a rule of course, but in order to turn the discovery of the murderer into a surprise at the end of the book, we must known the killer since the beginning of the book, we as readers have to get the chance to discover the murderer just as much as the detective.

The first person that appears and is left aside probably will turn back at the end, the readers are so involved with the detectives and their thoughts in different people that we also forget that the person or one of the firsts that appeared could be the guilty one. Sometimes this person was even acquitted by an alibi or something. Probably will be a stunning surprise because we know the suspect, the suspect was introduced at the beginning, he was taken in account by the detectives and by the readers.

CHRISTIE, Agatha. The body in the library. US: Dodd mead and Company, 1942.